The key when using MD balls to improve strength and power is to keep the volume low (2-3 sets of 5-6 reps) and the intensity high (max or near max effort on every throw). For best results, train for rotational strength and power at least twice and no more than three times per week with at least one days rest between workouts using progressively more movement-specific exercise postures. Each exercise should start from a tall-kneeling position and gradually progress to a half-kneeling, lunge and eventually a standing position.

Working from a tall- kneeling position simplifies the exercise movements, eliminates the contributions from the ankle and knee joints and exposes energy leaks and compensation patterns that may not be visible when performing standing throws. The half-kneeling position teaches players how to use their glutes, incorporates more joints, and requires more hip movement and trunk rotation than the tall-kneeling position. Using a split-stance with the back knee off the floor (lunge position) increases tri-planer stability demands in both the core and lower body, and standing makes the exercise a ground-up, total body movement. As players move from tall-kneeling to standing, the link between the hips and the hands should show rapid improvement.

Start with a set of 10-12 warm-up throws from each side using a light to moderate weight ball (4-6 pounds) performed from the posture to be used in the workout. Use a heavier ball (8-10 pounds) when training to overload the core. In each progression, work from one side at a time, i.e., make all throws on one side before making throws from the opposite side. The two basic MD ball rotational exercises are the front-twist and side-twist throw. A description of each progression in the side-twist throw is presented below.

Tall-kneeling side-twist throws. Kneel 2-3 feet from a wall or partner with hips and shoulders perpendicular to the target (wall or partner). Hold a MD in front of the waist with one hand under and the other behind the ball. Keeping the trunk upright twist (rotate) the trunk away from the target, taking the MD ball behind the hip. Initiate the throw by attacking the back hip toward the target, followed by the trunk, arms and ball. Use the hips to generate the force needed to throw the ball into the wall or to the target and throw it in a straight line from the hips. 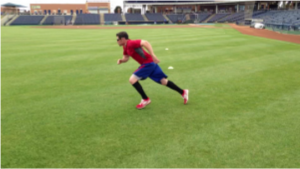 Hip training can be divided into two general movement categories (bent-knee and straight-knee exercises), and three specific movement categories (short, medium and long length muscle exercises). Effective hip and hamstring training requires the performance of both bent-knee and straight-knee exercises because each position allows either the glutes or the hamstrings to receive more of the training load and both the glutes and hamstrings need to be as strong as possible. Bent‐knee hip work targets the glutes more due to the principle of “active insufficiency.” When the muscle is shortened to the point that it can’t generate or maintain active tension, active insufficiency is reached. With the knee bent, the hamstrings are shortened at the knee so they are not as strong at the hip. By default, the glutes have to work harder to move the load. Keeping the knee straight, removes most of the slack at the knee joint and puts more strain on the hamstrings and less on the glutes. Bent- and straight-knee exercises are essential to maximize hamstring and glute development throughout the hip region.

All of my athletes become very efficient at performing the Olympic lifts from the hang position, and I love that. This comes from a lot of practice but also from a very specific and well refined process for teaching and progressing the lifts in the hang position. While I rarely ask my athletes to do Olympic lifts from the floor, I don’t, however work in a vacuum and in many cases my high school athletes are training with their high school as well. This means that they are asked to do power cleans at the high school level.

Power cleans must travel a large distance from the floor to the shoulder level and due to this long bar path there is room for a great amount of variability in the bar path. A lot of times this variability manifests itself by very apparent changes in the catch position, but the root cause started at the floor. The largest variable that athletes encounter is in their starting position and just as we do with the hang clean, we have a specific way to teach the proper starting position. As with any teaching progression, it is important to build the movement off of patterns that the athlete is already comfortable completing.

To get into the proper starting position we have the athletes start in a standing position.

Cover Your Laces, Brace Your Core 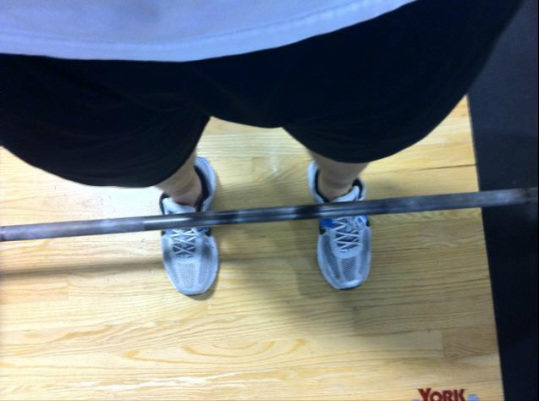 Getting the proper distance from the bar is a big part to getting the in the correct starting position. Often times athletes will roll the bar around on the floor before the lift to “Amp” themselves up. We want to eliminate this.

Have the athlete approach the bar to the point that the bow on their shoelaces is covered from their viewpoint. From your viewpoint as a coach this will mean that the bar is directly over their mid-foot.

This distance, is much closer to the bar than most athletes start and initially may feel slightly uncomfortable to athletes. This position is still far enough from the bar that it will allow the knees to be just slightly forward at the bottom position.

RDL to Your Knees 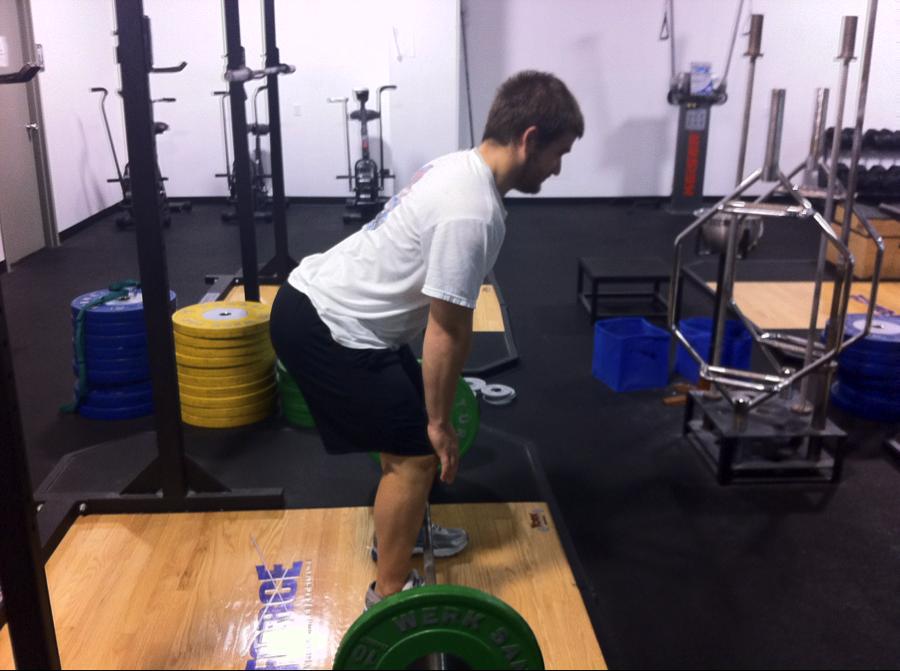 The next step for athletes and the first step in moving towards the bar is to have the athlete make an RDL movement to the knee. Slightly unlock the knees and then push the hips backwards. This gets the hips back and away from the bar. This position should look identical to a hang clean above the knee position. The core should remain braced and any movement in the lumbar spine should be avoided.

Squat to the Bar 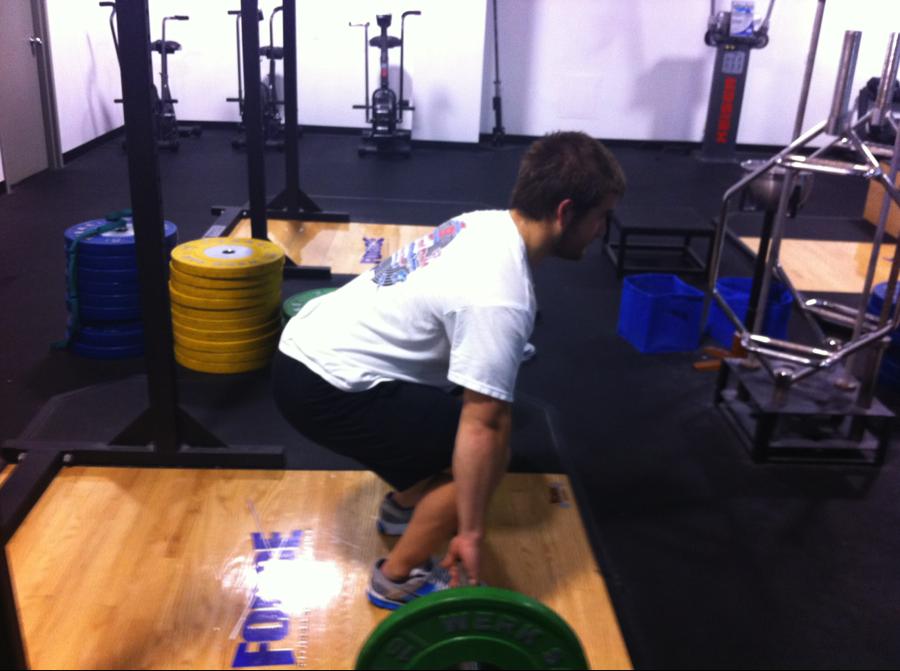 The next step will apply another fundamental that all athletes should be familiar with. From the above knee position, the move should transition from an RDL to a squat. Rather than pushing the hips back anymore, the hips must descend straight to the ground. By following an RDL (Hip Hinge) movement with a squat (knee dominant) the athlete will be able to keep their shins very close to vertical, but still have the power of the quadriceps to lean on in their initial movement off the floor.

Once in the squat position the athlete should be able to comfortably grip the bar in their normal clean or snatch grip. The athlete should apply the hook grip to the bar and continue to brace the core.

Back Flat, Knees Back 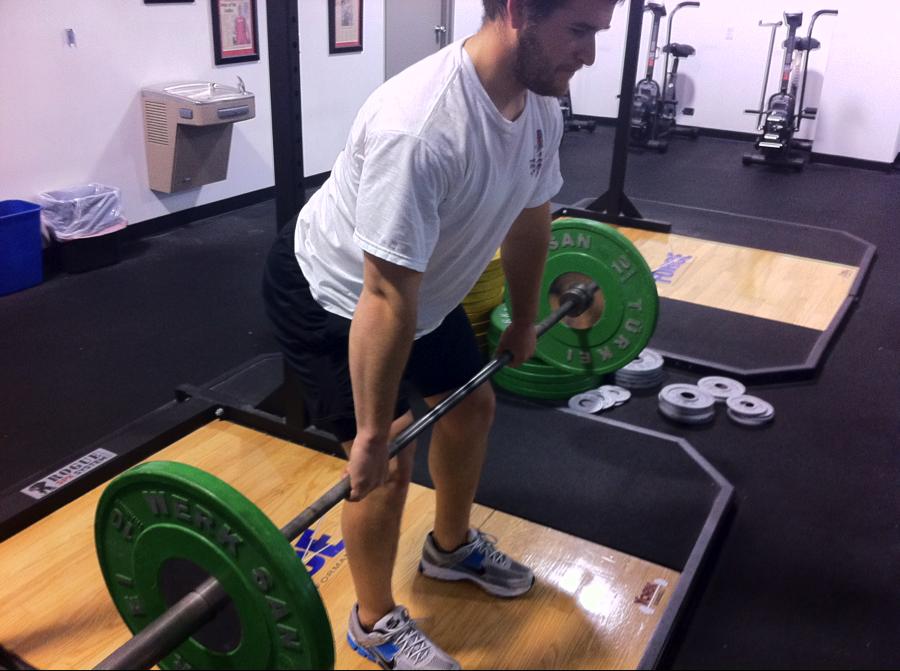 A common problem with the pull off the floor is a forward motion of the bar to clear the knees, this alters the straight bar path that athletes should achieve. By pushing the knees back we can eliminate that problem completely.

The athlete will find themselves in a very familiar position once the bar passes their knees: the hang clean/snatch start position.

Once comfortable with this 4 part movement pattern the athlete should work to speed up the process while still hitting each individual position.

While hang Olympic lifts should be a staple of the your training program, there are times that athletes will be required to perform power cleans/snatches. As coaches guiding their training, it is our job to equip them with the tools necessary to do those lifts to the best of their ability. This 4 step process to get to the bar while on the floor and into the proper start position will ensure that your athletes are always taking their best attempt possible on the bar. 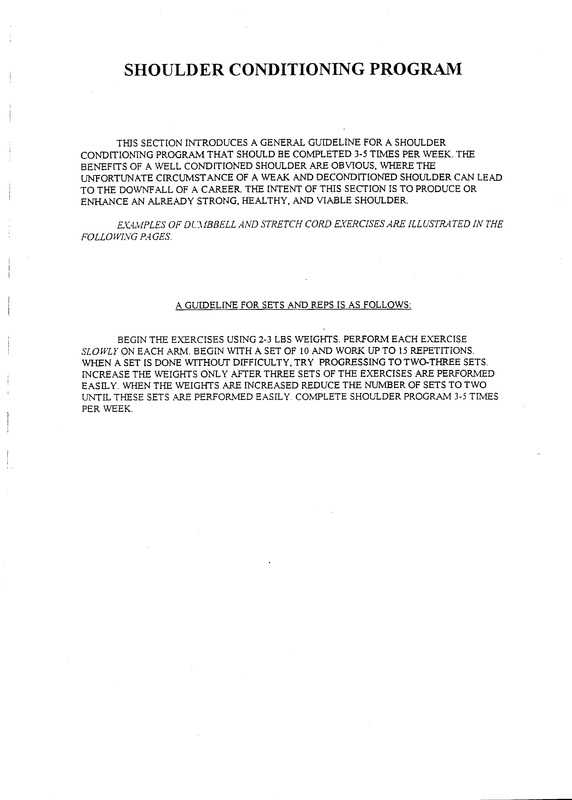 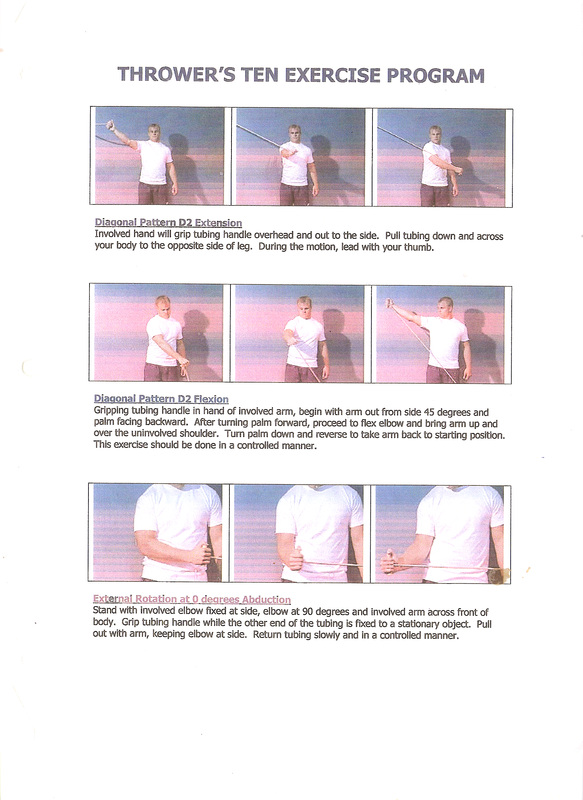 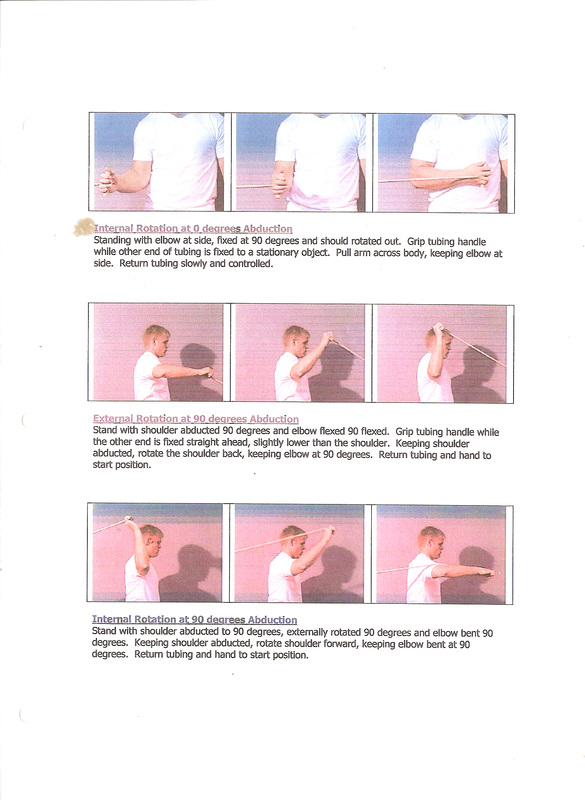 Trap Bar Deadlift
(with or without Band!)